A Release consists of a Build and a Container Version. This is key to keep in mind when working on releases on Trail. Please see below for more details.

You'll find all your builds by selecting Builds in the Game Manager. 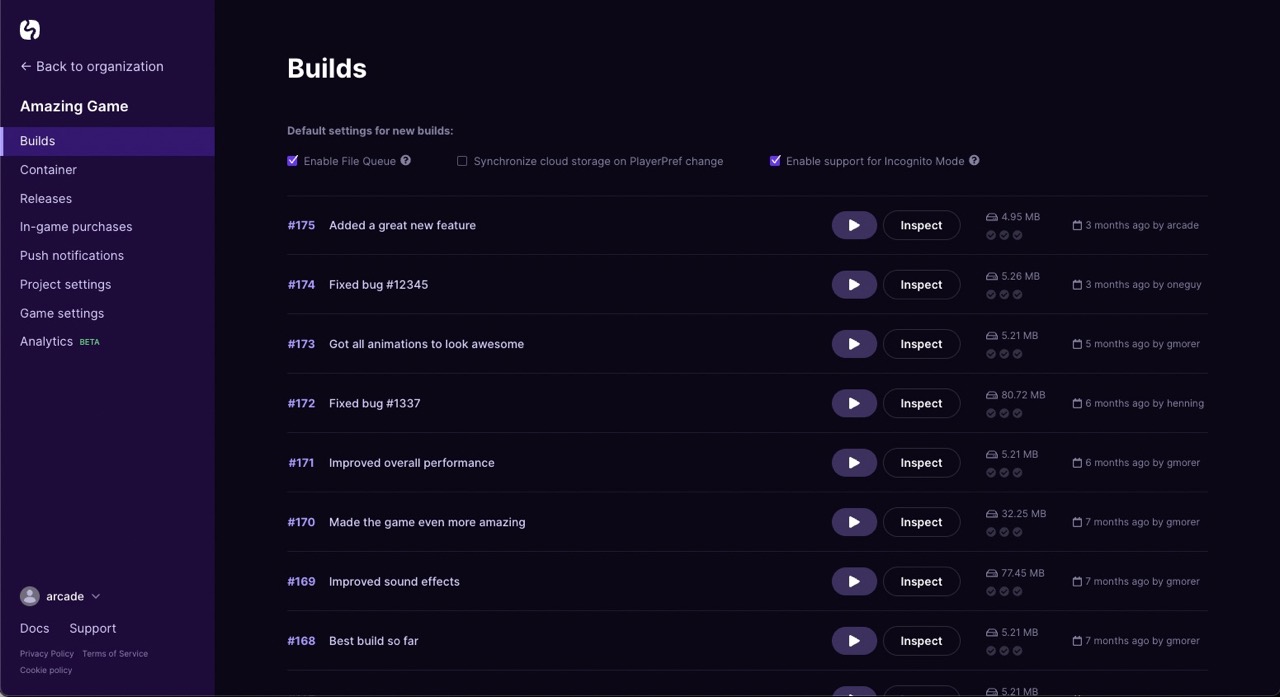 The Container is a set of scripts that execute in the IFrame that your game is running in. This allows you to add your own custom analytics, UA tools, or integration scripts such as Google Analytics, GTag, Facebook Pixel, et.c.

By selecting Container, you can list all your existing container versions. 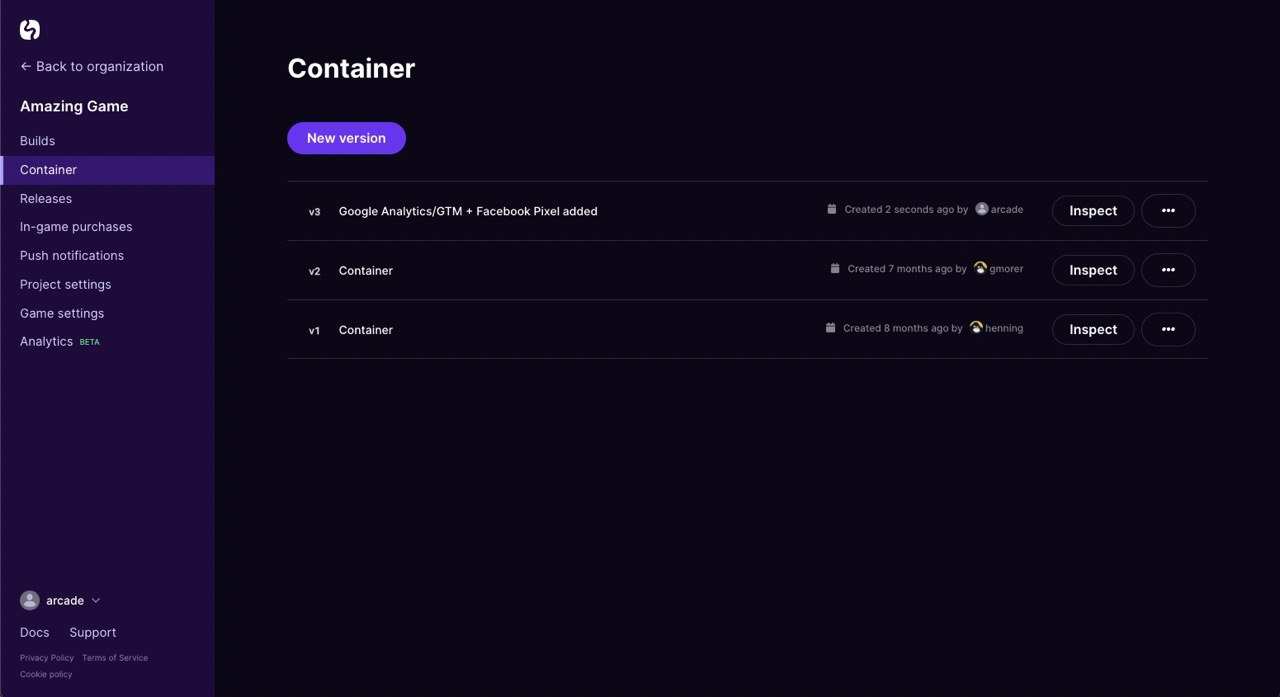 Creating your Container is optional, so if you have no use of this feature you can simply skip this part and jump to the "Releases" section below.

Press New version, to create your first empty container. You can configure your IFrame scripts here.

You can test run your scripts together with a specific build by pressing Test/Run. 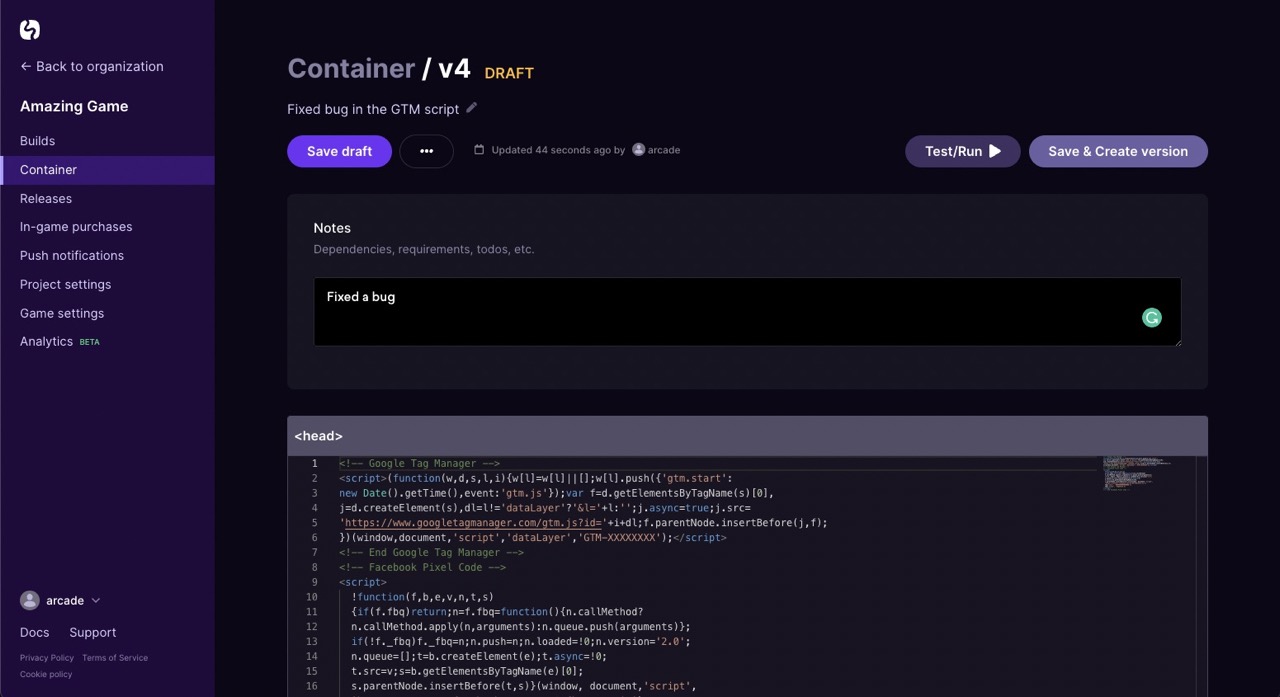 Press Save & Create version when you're ready to save the container so it can be used in upcoming releases. You'll see it's no longer a draft in the container list.

Note that you can not edit the scripts in the Container version once it has been created. If you later want to make changes to your container, you will have to create a new version. 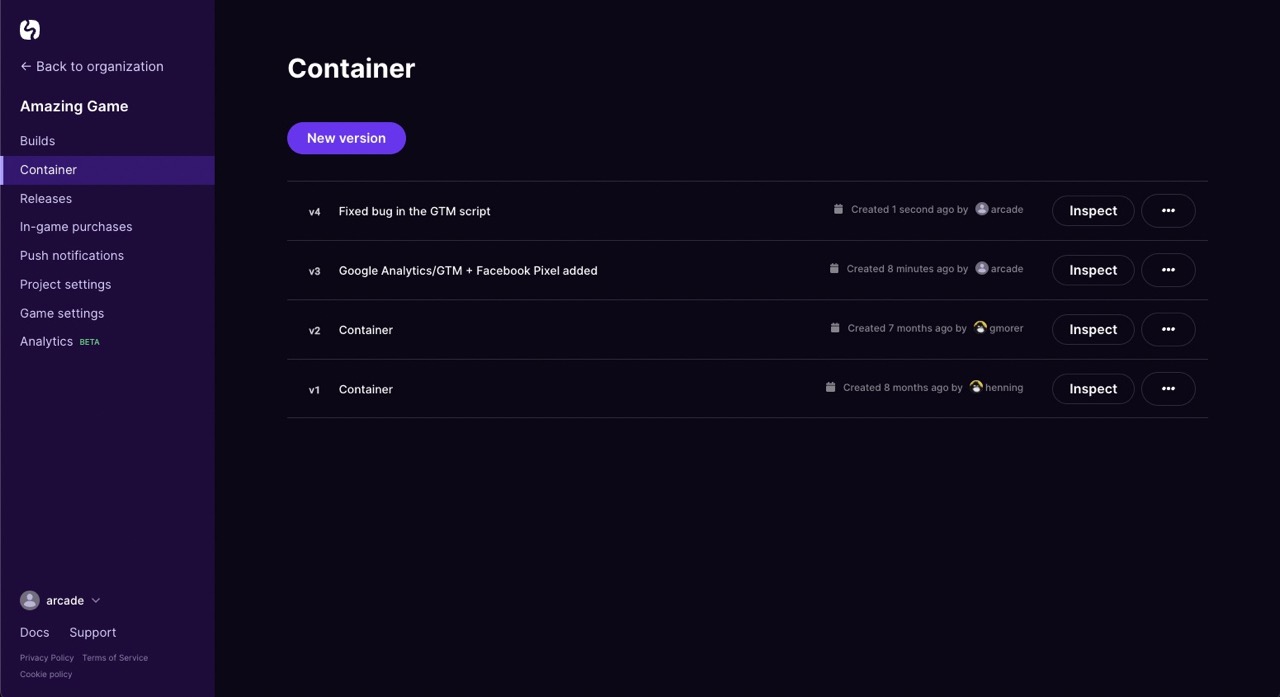 By navigating to Releases you can list and inspect all your releases. Every row shows which Build and Container Version the Release consists of.

Select New Release when you want to draft a new Release. 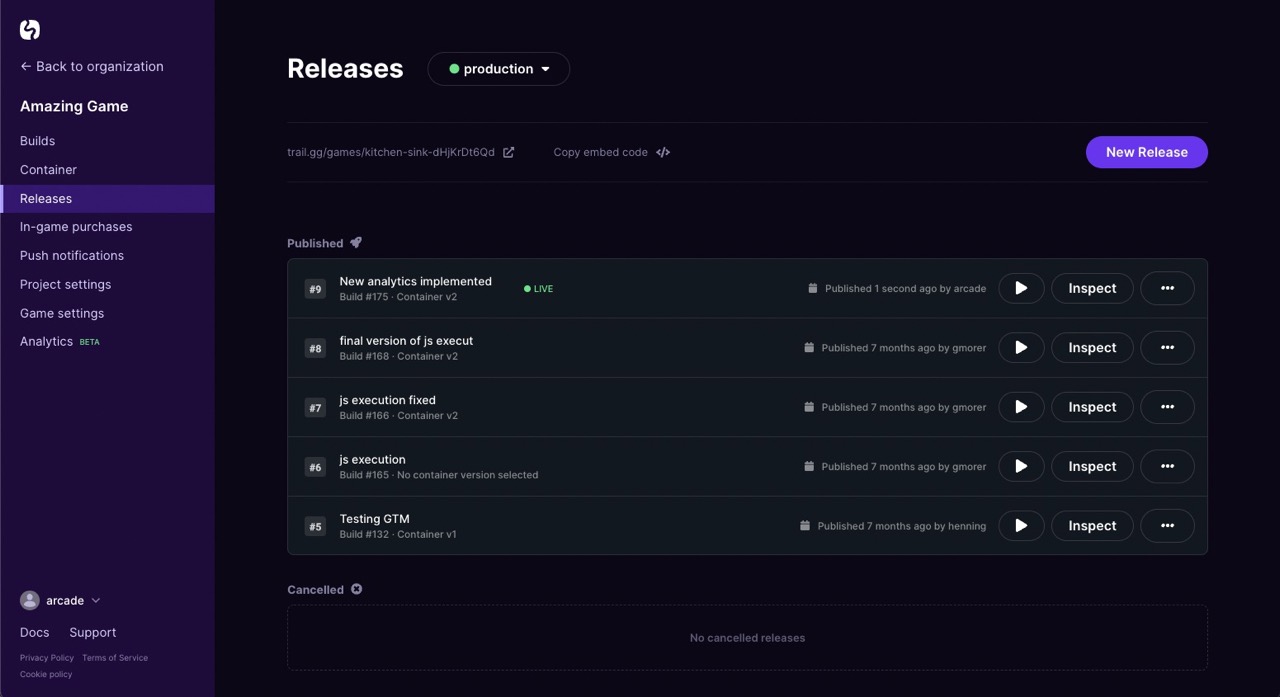 You can pick which Build and Container Version you want to use for the Release.

Before publishing, you can save the Release as a draft and test it first by pressing Run.

When you're happy with the test, you can press Publish to production to publish the release. 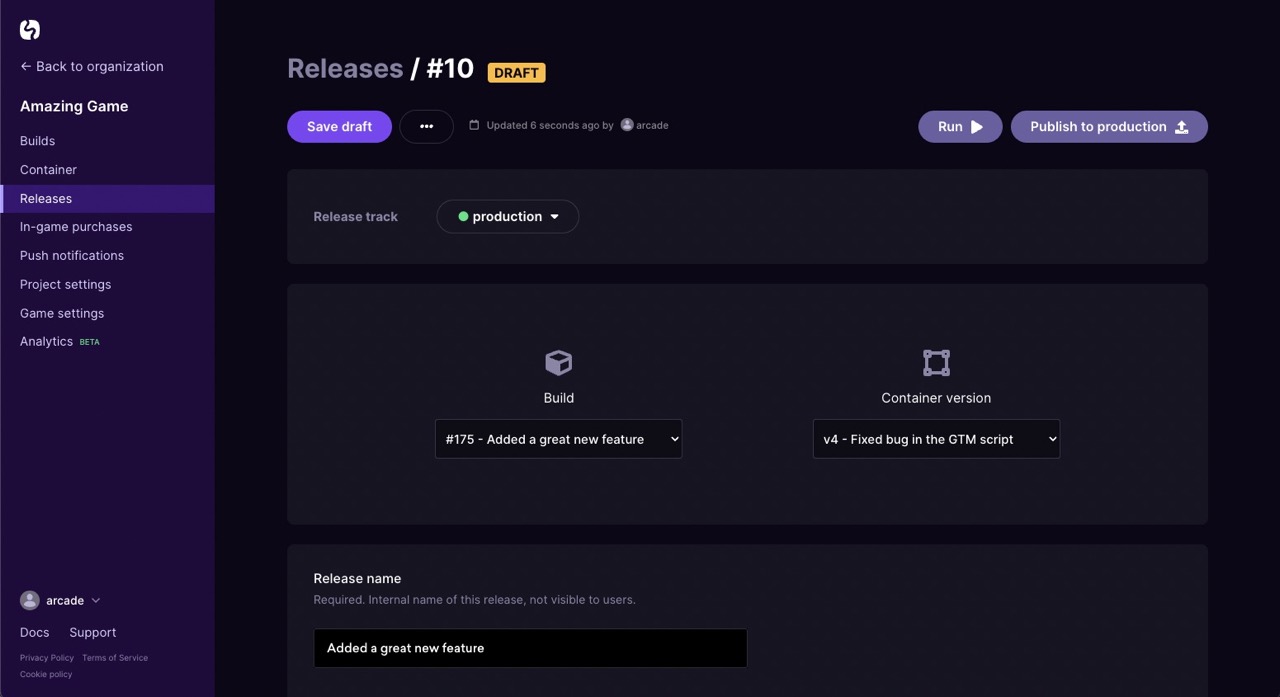 You'll see the new release marked as Live in the list. 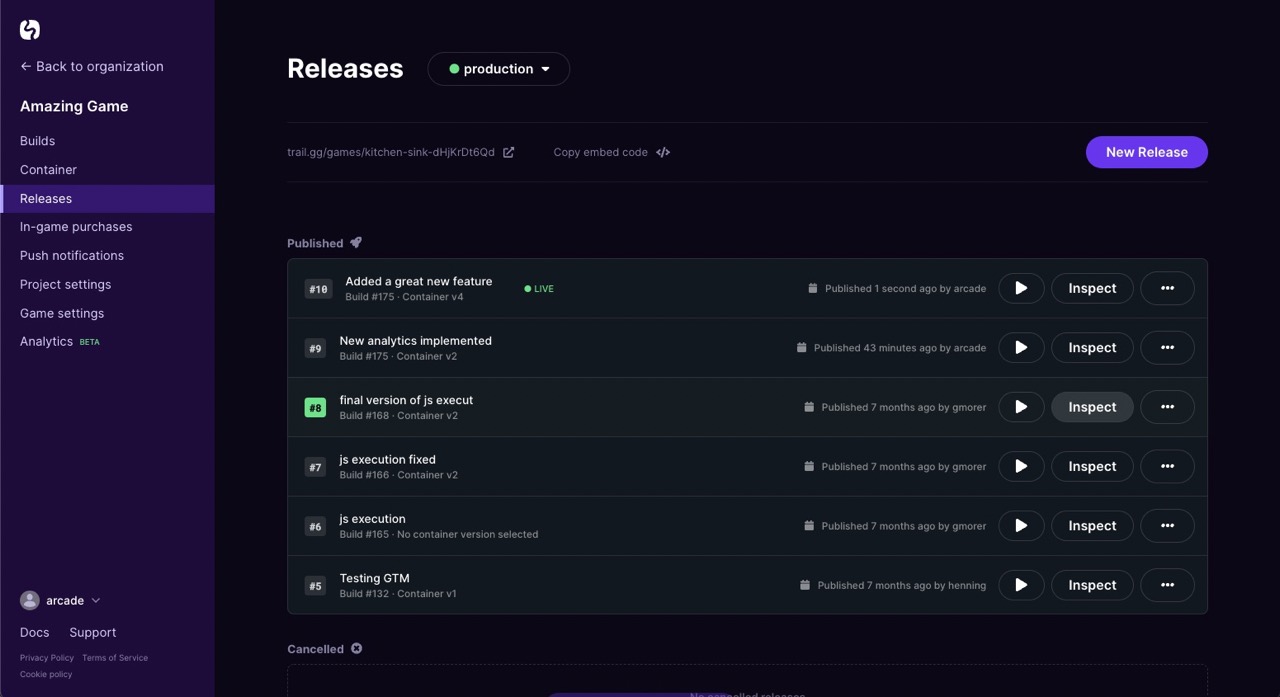 Congrats, your game is now running on Trail! If you need help in any way, you can always talk to us on Discord →